Flay the poet and roll them in sand.

Leave them to bake in the sun.

When the vultures come they will drink their blood and borrow their wings.

I started work on this late last year as I was reading The Sabres of Paradise - Lesley Blanch (which is great). I'm never going to finish this but there might be stuff you want to loot. Enjoy

You play as hand-picked soldiers of the British Empire. You are attempting to forge a path
through the Caucasus Mountains to meet with the Imam Shamil, delivering weapons and
supplies to support their war against the Russian Empire.

Most humans have 4 HP.

Characters have 3 saves. Each of these is equal to 7+1d6.

The saves are:
Reflex - used for reaction and dodging.
Physique - used for strength and toughness.
Will - used for mental fortitude and bravery.

The rules will call for these to be tested. To do so, attempt to roll under them on a d20.
Rolling above the value is a failure.

Select one of the following.

1.Trooper - Begins with 5HP and has a +1 Duel modifier.
2.Sharpshooter - May negate any one factor halving the Accuracy of a ranged weapon.
3.Surgeon - Using one dose of medicine, may heal a character by 1d6 over the course of an hour.
4.Cavalry - May reroll one or both dice used for Horsemanship checks.
5.Officer - Adds +1 to Morale tests for Group Combat and improves Will of allies by +1.
6.Engineer -

Amongst woods visited too-often they lurch between their erstwhile siblings.

They have seen one man kill another in anger.

They have watched the hunters.

*Supernatural HP. If set alight, they take 1d6+3 rounds to burn to death.

The Ian Miller ents are very firmly lodged in my brain. You should take the time to look at them.

To create a troll, take up pliers and empty the head of teeth.

Into each bleeding socket insert a talon of glass. Many will break - this is why most trolls cannot speak, tongues a mess of ruined scraps.

Remove the finger-nails and replace them with blades of glass. Many will break - this is why most trolls cannot use tools, fingers rent apart.

Re-rolls HP at the beginning of each round.

All took the mask willingly. To those not understanding what it entails, the mask is inert. It is made of thick stone. It depicts a snarling dog.

Once donned by the willing, it cannot be removed. One wearing the mask is utterly loyal to the one who offered them the mask. If this chain is broken, they are free but retain their subordinates. All await this day, but are powerless to hasten it.

Domesticated animals and crops despise them, and wither in their captivity.

This is one of the paths a man could take to leave mortality behind.

*Supernatural HP - the body is as loyal as the mind, unwilling to die despite horrific wounds.

A single stone out of place is all it takes. A tendril of darkness will worm it's way in, and coil itself around the corpse like a lover. Such a tether denies the spirit rest. Beneath the barrows, they forget who they were. The honest mistake of a twisted stone becomes a deliberate betrayal.

Draped in their funeral panoply they emerge under cover of night - seeking those who denied them rest. Sunlight banishes them to their tomb - and opening that to the sky would destroy them utterly.

They are careful to never be seen emerging - and to open all of the barrows is sure to invite more restless dead.

Those they slay are bound to them as thralls, and will rise with them every night - a poor imitation of what they were promised in death.

HD 2* / AC as Unarmoured / Damage as Weapon, applied to Constitution.

The only art left to the giants is self mutilation.

The ruins they haunt are filled with blacksmiths, poets and sculptors, trapped in bronze cages. All eventually starve.

Posted by Luke Gearing at 14:22 No comments:

There is never an orc.
There are always orcs.

Within the belly of each is a burning nugget of iron. Carve off a limb and embed a slug of iron. Wait a week as muscle forms, cramping in agony around a splinter of white-hot pain.

Their black blood ruins metal, corroding it beyond repair. Arms and armour used against them will be useless in 3 days.

Left in the Sun, they die in hours.

At night they slink from the mountains for meat and metal.

Posted by Luke Gearing at 11:51 No comments:

the woods are deeper than
maps and dreams and empires

Posted by Luke Gearing at 17:48 No comments: 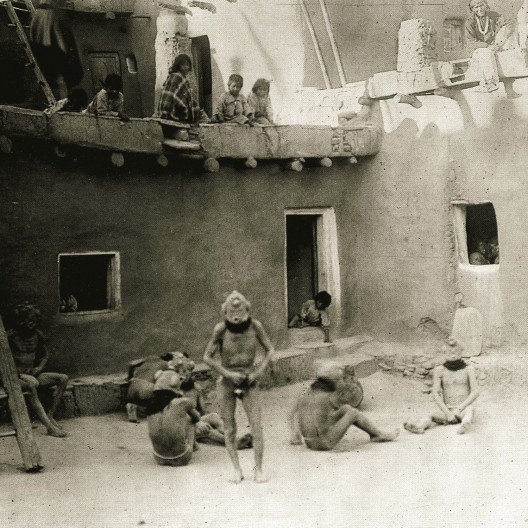 To make a minotaur, start with clay. Form a pot in the shape of the head of a bull. The mouth must be wide enough to scrape the temples as it is pushed over the head.

Once donned, the wearer cannot eat. Their moans of hunger will echo through the pot, distorted into braying and roars. As they grow more emaciated, the remaining flesh becomes harder, turning all but the surest blows. They will be able to tear men in half.

They cannot see through the pot, and so swing their clay heads left to right, listening for you.

Now loose them into your labyrinth to stumble and squat and hunt in the dark.