v0 because it needs developing and monsters and a starter scenario

maybe if I finish it I'll put it on itch.io or something


tl;dr - added some extra material and, most importantly, a starter scenario. 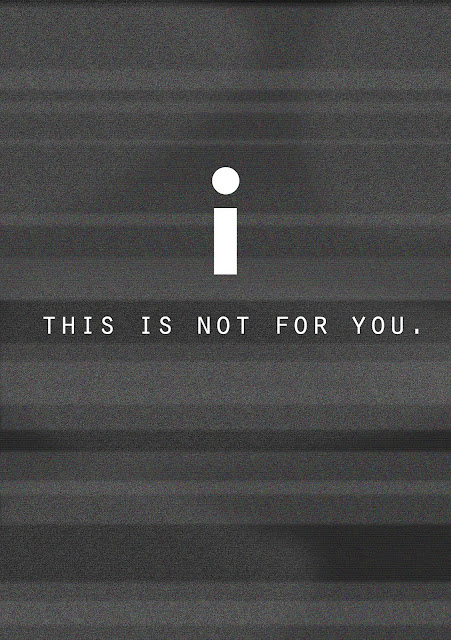 obviously use with this - average starting ship would have like 40 odd crew?
Use the same 2-12 morale scale we're all used to.
This becomes the individual morale of any given hireling, as modified for fanatics (+2) and the sane/cowards(-2).  9 is a good base.


Fear checks is used generally for anything morale-related which is not directly related to the actual morale value. These also apply to PCs, if you wish.
Party dissolves is the failure-state, will all NPCs leaving or attempting a mutiny.

Whenever a condition below is met, test morale.(And like, whenever seems appropriate to you.)
(If on 12 Morale, roll once - if a 12 is rolled, roll again. On a 8+ this is a failure.)


*So, test morale for every 2 days you spend lost. Just spending 1 day lost is acceptable. Same for other time-related entries above.

Some things that will increase morale if they are true for a certain length of time:


*The issue with hot food is it needs cooking, meaning fire. If done at night/during the evening, increase the number of encounter checks, and any group following the expedition automatically succeed.

**The issue with good food is it is either expensive (5x normal rations) or perishable (50% of Good food rots each week). Normal rations can be made ood using fire and spices, but spices are also expensive - 3x value of ration amount to be spiced for the cheapest spices. [this also makes spices treasure which - hey cool]

***Or whatever culturally appropriate substance.


Roll once and read across OR roll once per table


the correct abbreviation of Mothership is MoSh and anyone who says otherwise is lying to you
Posted by Luke Gearing at 09:37 No comments:

Email ThisBlogThis!Share to TwitterShare to FacebookShare to Pinterest
Labels: mothership

tl;dr give your monsters/factions hard numbers (or dice if so inclined) to represent their numbers - and when players kill representatives, reduce the number accordingly. By tracking this, and having monsters respond intelligently, you lean more into the combat-as-war element, both in a "rewarding the players for smart tactics" and "the players are against an intelligent adversary" way.

Most modules and content and such have encounter tables. If it's half-competent* the encounter tables will relate to denizens of the area. 3d4 Orcs in layer 1 of the dungeon, or whatever. Usually, there will be a central location/s where these creatures nest or have established a base. 5d6 Orcs plus Grognog the Biggun. The assumption is sound - an intelligent band of creatures will have wandering patrols, foragers, security detail or whatever.**

So, your players hit a random encounter of a patrol of orcs, and kill them. Cool. Then it happens again. And again. You've dispatched ~18 orcs - a sizable war-band if encountered all at once. And yet they keep coming, unchanging. That's dumb.

With only slightly more book keeping, you can massively change how this plays out, and introduce dynamism and reactivity to your game using some of the most basic nuts-and-bolts level stuff.

First up - decide the total strength of a given group. I tend to just use numbers that "feel right", but if you want to do it from a more game design perspective, remember that you're going to be spreading it out somewhat. Again, dice are useful for this because it naturally gives variance. Then spread these about their keyed locations - say we've got 60 Orcs in this dungeon. so 5d6 of these, plus Grognog, in the central chamber (so about 30). Then we'll have the surrounding 4 chambers with smaller guard groups, say, 2d4 each (about 4 orcs each for 16 total) This accounts for about 75% of our force, which seems like a nice number to have "at base". The rest of these are assumed to be the orcs out on patrol - "on" the encounter table.

Nothing you wouldn't do before - you could do it the other way round, and place stuff and then tot it all up and add about 25%.

Whenever you encounter and kill orcs, reduce that from your total count. Assuming each patrol is about an hour, that's the players lead-time before HQ realise something is up - and take action accordingly.  What they do depends on their individual personality, but this is a decent framework for humanoids of decent intelligence.

After the first patrol goes missing, "clump" all patrolling orcs into one group - increasing the dice/hard number of orcs left patrolling on the encounter table. This is them consolidating their forces to avoid the same thing happening - furthermore, they will be actively looking for what happened to the previous patrol - so you may no longer need the Why column.

If this patrol is then defeated, again, reduce your sum total of Orcs. They no longer send out patrols - this is important and interesting. Players *should* notice the absence of orcs, AND they've effectively made moving around in the environment much easier for themselves - direct reward for succeeding in those encounters.

However, back at base, the Orcs will be mobilizing, either drawing all forces into a single room OR shifting the central group out to reinforce the boundary, setting up a signal (warhorn?) to alert others and draw them to that room.

By having a signal, you also give players more toys to play with - they can try and kill the "alarm orc", or cause a distraction, drawing defenders away from other routes to the central chamber - which is really cool if you're doing gold-as-xp, allowing them to cause a distraction and dash for the loot.

Eventually, this state of heightened security will be relaxed, and patrols will be resumed - albeit with lesser numbers. You'll have to re-divvy up numbers - I suggest reinforcing patrols by "taking" dice from the most populated rooms. What this means if your players can harass and skirmish with the larger body, using the advantages of mobility to eliminate the orcs piecemeal, negating their advantage of numbers.

Eventually, if this continues, the Orcs will be critically low on numbers - leading to an attempted retreat - about 25% makes sense. (Again, if that's their nature - oath-bound guardians of the Orc God Idol probably won't leave, but will probably begin calling for reinforcements from further afield.)
This is another opportunity for the players to try and get clever, hitting the orcs during a retreat, when many are burdened down with all their supplies and goods.

If there's orcs unaccounted for between dice and hard-numbers - these are stragglers, survivors, deserters. They might still appear on the encounter table, but generally will always be attempting to flee or hide.

The above looks long but it's pretty intuitive - just think about actions, don't get lazy, do a tiny bit of book-keeping and reap the reward.

*unless, obviously, the incongruity is the point
**make your encounter tables 3D - gives far more variety, and avoids the issue of "okay you're travelling and see some orcs on the road roll initiative and fight" - also lets you pack buckets of setting detail into the table - orcs pursuing orcs? morale issues?

Do you like dying, gutted with a rusty shank? 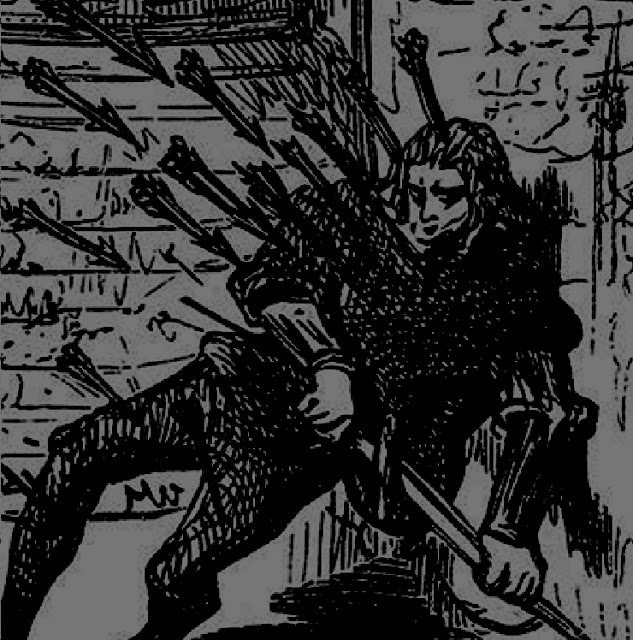 Cults, diseases, republicanism, COMMUNIST FERVOR, whatever - you gotta track the THING that grows within a host population because reasons:

Take your map - chunk it loosely. So, a city becomes a collection of district chunks, a kingdom regions, continent realms (if lots of small ones) or regions (e.g. East and West NotFrance). All chunks are assumed to be connected to adjacent chunks unless there's like, mountains and stuff in the way. You can work it out.

Pick a chunk to be ground zero - put a d6 there. This represents the presence of the thing.

Every [time interval, as dictated by scale - cities might be days, kingdoms weeks and continents months] roll all the dice on the map. Anywhere you roll max, up the dice size in that chunk AND all adjacent chunks, with those with no dice gaining a d4.

This nicely simulates the spread of something, at first struggling to spread but then hitting majority and landsliding.

You can change up how virulent the thing is by increasing the range - so, the top 2 results, top 4 or whatever. This can also simulate activity by players/other parties to fight/bolster the spread, increasing or decreasing the margin of success.

You could also have things go backwards when you roll a minimum result - again, especially if people are actively doing things about it.

Posted by Luke Gearing at 23:59 No comments: