DOGS OF THE WASTES - Raiders and such

Every army that ever was or could be finds themselves in the legions of the White Suns. Pristine and regimented despite disparate uniforms they are an endless chrome tide swallowing landscape and settlements alike. Behind them the slaves march, hoping to be elevated to the ranks.

Bound in leather atop machines designed to kill you and them alike. Nothing is real, they will show you. As both your corpses are cooked in the ruin of their deathride machines those who are left will drag you out, unzip their masks and eat you. Some will take the twisted metal and make their machines more deadly to rider and prey. Let them show you how to die.

Each machine is festooned with spikes, and each spike festooned with people. The people are hooked up to machines which pump they full of drugs. The people are all screaming. First victims, now a member of the choir, barely audible above the instrument engines. The riders are dressed in rotting meat, what remains of choir boys and girls without vocal chords to sing for them any longer.

A swarm of heavy industrial machines, smashing into one another and leaving the crippled beasts by the wayside. Each machine is loved by it's master and hated by it's peers, and the Reavers will do anything to prove their machine is the best. Slow, easily distracted but nothing will be left once they finally find your settlement.

Posted by Luke Gearing at 11:40 No comments:

The Dead of the Depths, Primal Necromancers

Buried deeper than memory, crushed beneath the weight of years and the endless blackness, empires of deaths forgotten. Amidst the ancient stone, corpses twitch. In blackened vaults, necromancies from ages consumed are practiced by minds incomprehensible to any who know death or the sun. They never lived, born dead in a cold stone womb. The legions of these things are unending, unspeakable. The time-forgotten dead swell their ranks, gathering in the pit of the world, material for the black acts of deathless minds. The have not torn the sun down and destroyed the living yet, because they are ignorant of them. They do not know of a surface realm, knowing only their blackness and stone. The Primal Necromancers are filled with hate for one another, and battle without breath in their caverns.

If they were to unite, and to learn of sunlight realms, all hope would be extinguished.


In timeless aeons, the Primal Necromancers have developed their own magics besides their peerless mastery of unknown necromancy.

Posted by Luke Gearing at 14:12 No comments:

Players decided to planeshop AGAIN, so goodbye Otica. They spent a decent amount of time hexcrawling about, trying to fight elves and instead fucking about with dangerous dangerous things.

The way I ran it is with a THING in every hex, plus random encounters to make things messy and complicated and fun. In future I'd probably not have something in every hex? But maybe. I don't know.

Note on fast creatures - creatures which are notably quick make a run-by attack. They don't engage normally - to reflect them sprinting past and making an attack, players are at -2 to hit them for the brief period they are adjacent. This applies to mounted combatants too.

Podsnakes
They bundle into d8 groups of 5, which attempt to drop onto people and crush them to death.
per snake: HD 1 AC AS LEATHER MORALE 10

World Tortoise
HD 10 AC AS PLATE +2 BITE +5 2D8 MORALE 5
They have knowledge as old as the trees. Natives revere them. Elves kill them on sight, and Isp has a 2000sp bounty on them. He turns them into knowledge soup.

Running Lizards
2d10 appearing. Faster than a galloping horse. HD 2 AC AS CHAIN (from speed) - CLAW +2 1D8 +2. Once a single person is killed, they will attempt to drag the corpse away rather than fight on.

I'm using the numbers here but they're not massively important and are in the order I wrote them, so it's mostly for reference between them.

2613 Jungle
A blood crazed elf is rampaging, killing everything in the area. She touched the bloodstone in 2413. HD3/BITE 1D4/AC AS CHAIN/M12

2413 Open Ground
The stubby ruin of a wizard tower in blue bricks. It's hard to see without almost walking into it. The ground floor is empty. The first basement is trashed, filled with animal corpses. 30% chance of a pack of wild dogs brutally fighting to the death. The second basement level contained a large, red stone, set into an altar. It stinks of cooked meat. Touching the stone causes a save vs magic. If failed, the character enters into a blood frenzy for 3d4 days. The stone is worth up to 8000sp.

2213 Open Ground
A dead giant, now a hill. Spilling blood atop the hill awakens the giant. When standing, it is the size of a cathedral. HD 30. The tortoises know. Surrounding the central hill are 8 smaller hills, which are the brood of the eldest. HD 10, smash for 2d12 if not avoided.

2314 Open Ground
Six dead elves, trampled to death by their missing horses (hiding in 2215). The horses were driven mad by the Treefisher Spirit. 2HD, AC AS LEATHER, Invisible, and hides in a tree. Attacks through poison darts. Today he carries (1d6) 1. Strength Sapping 2. Madness 3. Anti-coagulant 4. Lust 5.Sleep 6. Death. All effects can be saved against.

2215 Open Ground, Riverside
Six confused, scared horses w/ 3 weeks rations between them. 50% glad to see people, otherwise they bolt.
Ruined riverhouse, containing the Eternal Witch. She reanimates if disturbed - the spirit is bound to her shawl. She demands a new body, which she possess when someone dons the shawl. She will cast summon until she gets her way. Destroying the shawl will banish her, or attacking the spirit with magic. (int 18 wis 14 cha 12). Inside the shawl are the spells summon, phantasmal psychedelia. Outside the riverhouse is her hateful tortoise familiar, who wants the witch destroyed so he can leave and seek a new master. He will help any who can kill her, and he will give the location of the spellbook he has hidden from the witch.

2015 Open Ground, Riverside
Skulljar village (see BROKEN SYSTEM 000). Contains a Pyromancy Crown - once a week, this crown can cause (2xlevel)d6 damage worth of flames to explode out from the wearer. They are dealt the lowest 3 damage dice rolled. Worth 6000sp.

1815 Jungle, Riverside
A ruined, flooded riverside keep. The armoury is somewhat decayed, but still had a suit of plate, 3 suits of chain and 5 heavy crossbows with 10 bolts each. It is currently inhabited by 80 eel-men, who are a jovial, happy folk. They swam up from the underground sea, but the tunnel collapsed, stranding them above ground. They are guarded by 20 Coral Knights, who are also the leaders of the group. 3HD/AC AS PLATE/HARPOON +3 1D8+3. The armour of a coral knight is weightless in water.

2316 Open Ground
Desmodesmus, Chained Demon of Plague. The chains are enchanted, and any demon clasped by them is utterly bound to the will of the holder, and must protect them beyond death. The problem is the holder is dead, and has been for a hundred years, and Desmodesmus is terrible bored. He wants most of all to be free, but a new master is preferable to this. He will inform the characters he is still bound to protect the holder of the chain to the best of his ability. There is a useless spellbook which Desmodesmus will use to bargain with. HD 8 / AC AS CHAIN (IMMUNE TO 3 MISSILES PER ROUND) / SLAM 1D10+4+ DISEASE (1 week to fester, then -2 to con each day. Save every day, 3 saves in a row means cured). The chains are worth 5000sp.

He bears the Eye of Beckonings, an oversized blackly jeweled eye. If used to replace a living creatures eye, that creature takes -2 to all ranged attacks, as the eye does not see this world. Instead, it sees a pocket realm containing the revenants of what was killed by the previous inhabitants of the pocket realm. The host of the eye can beckon them forth, and bid them kill an enemy, or group of enemies.. They must be released every 3 days, or they come for the host. Revenants have 1 more HD than the normal creature. If they are all destroyed, the eye becomes useless. Worth 8000sp.

Endilack also bears a Sword of Wounding, the injuries of which do not heal. The wielder develops the corresponding scar for every wound inflicted by the blade 1d8+1 damage. 3000sp.

Endilack: As wight but wielding the Sword of Wounding. Guarded by 3 elite skeleton guards. 3HD-AC AS CHAIN - OBSIDIAN SWORD 1D6+2. The swords break on a to-hit of 1-5.
Posted by Luke Gearing at 10:37 No comments:

I mean, I can't remember how most games use swarms, this is just my default Swarm Rules plus some body horror stuff. 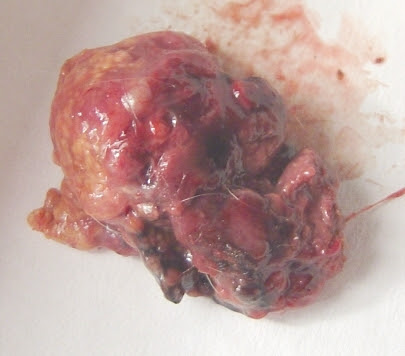 The gnawing sounds intensifies as you kick the door down, raising tomb-dust. Flickering torchlight reveals a glistening surface. You approach, the noise fills you. You feel a horrible recognition in the pulse of the sound. The Flesh-Hive is visible now, a tumour clinging to the wall, seemingly trying to tear itself apart. The noise stops. The Hive stops. One step closer. The noise crashes back and the Hive disgorges its brood. You are torn apart in seconds, recycled to grow the Hive. Some echo of your memory is forever enshrined in the mass.

FLESH HIVE
The larger the Hive, the higher the HD. The Hive itself is immobile and has no defences, bar it's brood. It has HD of Brood equal to twice it's HD, and can choose to seperate these into many smaller swarms if needed. They are controlled by the Hive through pheromone instructions - outside a radius (HD X 100 ft) the Swarm loses cohesion. The Hive has brood scattered throughout an area equal to HD x 50 ft, and is aware of everything that happens in this area.

SWARM
HD - Variable
AC - As Leather +1 - it is hard to hit a swarm.
Attack - If you are engulfed in the swarm (swarm can engulf HD/4 rounded up, min of 1) you take (HD)d4 damage as they tear and rip - this damage pool is distributed between all people engulfed as the Hive wishes. The Hive will grow by the number of HD lost this way.
Posted by Luke Gearing at 18:33 No comments: