48 HOURS LEFT TO GET YOURSELF MORE GEARING GOODNESS

I'M ALSO A STRETCH GOAL FOR THE ACCURSED DISC HORSE
Posted by Luke Gearing at 16:26 No comments: Links to this post

cw: sadism, violence, cruelty to animals and children,
basically if you didn't like the elves you'll really not like these goblins

they live in trash and build scrap-iron shivs. they lurk and crawl and titter in sadistic glee. a goblin can fit through a hole the size of a shilling given enough time. a goblin will stab another to see if the growth on it's face bleeds differently.

Listen to Me be Self-Important 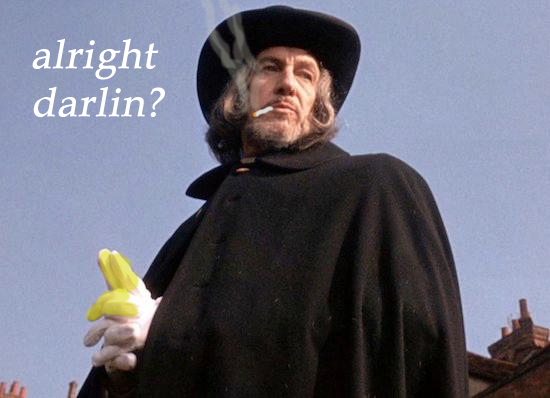 Posted by Luke Gearing at 21:59 No comments: Links to this post

For those who somehow missed it - I've been writing a module for Mothership, and it's being Kickstarted now! It's got AI and androids and horror and should be of passable quality. 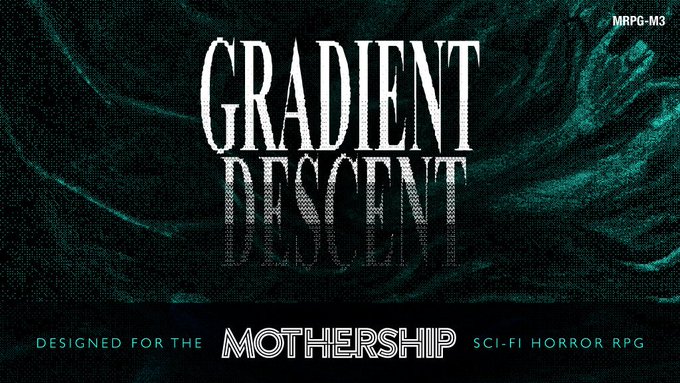 Posted by Luke Gearing at 16:40 No comments: Links to this post

The wonderful K Yani has very kindly laid this out in PDF, as well as fixed a few errors in the text. Cheers!

Booklet for Letter size printing, graphics off, dots for notes on, no cropmarks
https://drive.google.com/open?id=1hF2XpMkVRO2yaI9BBfKaoBvJFncSmfG2

Booklet for A4 size printing, graphics off, dotes for notes on, no cropmarks
https://drive.google.com/open?id=1h3Rk2TZ1-ab2Rvenxqb5agCDuytTVCyy

Don't tell the players shit.
Humanity is in thralldom to the enslaving insects, black carapace nightmares brandishing their neural whips else lounging in their quilled towers, purple-shine black metal walls studded with spikes hung with taut fungus-flesh rupture-loom above rioting corpse-built slums filled with the un-engaged surplus. Bruise-hue skies studded with eight tumour-moons loom above such vistas. Some amongst these pitiful dwellers covet the parasites swarming the hives, becoming willing hosts to alien biologies, accretions of strange fluids limbs and senses. The empire of the Insects is decadent and vile and unchallenged, the whole world locked in their mandible grip - rot farms, mines, wilderness and cities alike are unquestionably their dominion. All castes of owned beings throng and move through society, all bound up and up to the pitiless insects, attempting to eke out survival when not under orders. All of this is witnessed through alien compound eyes. They are known as the Krx.

Email ThisBlogThis!Share to TwitterShare to FacebookShare to Pinterest
Labels: troika

Remember this? I changed the name because I thought it fucking sucked and also added a bunch of shit like another adventure and junk 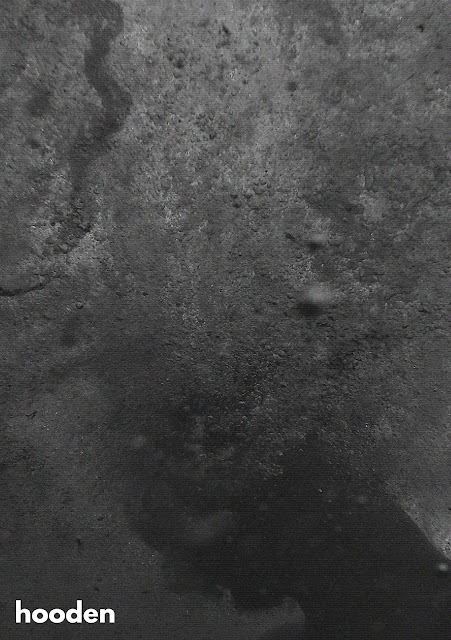 Posted by Luke Gearing at 00:10 3 comments: Links to this post

A city of ruthless hierarchy and razor-blade blessings. No art without suffering, and preferably yours. No transaction is without debasement and sadistic, gleeful thrills. None escape untainted - either tarred forever in the eyes of the inhabitants as a weak supplicant or hated and feared as a steel-fanged oppressor - such a duality itself being delightfully cruel.

The cruelty, of course, would be hollow without comparison. Some of this is afforded by the visitors - but never enough. No, the cruelty of cruelties is the deliberate fostering of hope and love and kindness in the spined depths of the city. Always, there are brave and hopeful rebels willing to love and die and resist. Sometimes they succeed - for weeks, the city knows joy. Then the cruelties seep back in, the poison of a toxic city. A ripe harvest of pain.
Where in the cycle is the city?

Oh, to define Troika! Such is the idle dream of poets and philosophers. And yet, we shall while away the hours trying to specify some element, some kernel of essence of such a city. The boundaries are hazily defined - one may be out meandering only to realise they are within the city itself. Indeterminate buildings forever on the edge of reach and vision simultaneously. Who lives there? Well, you know. Faces swim and drift and shake. A warm insubstantial glow and amnesia caress.
Hm?

The city itself is dead - we are all carrion-feeders, gathered throughout these decaying stones and clawing our way through clotted streets. No air stirs the lungs of this city - no rivers pulse with life. A city of eternal decay, the sky a flat grey curve - the roof of this tomb.
The dead, of course, must be honored lest they return with a vengeance - and so great a corpse must have been terrible in life. Funeral processions are constant, Bewailers and Dirgists trying to out-grief one another, rivals in the funerary arts. Out of respect for the deceased, only black may be worn in the city. The shrines to give offerings to this tomb-space are found on every corner, stacked high with untouchable grave-goods. To steal from one of these shrines ensures that you will join Troika in the slumber of death.

What is the Funeral Rite currently?

Between the spheres dwell ecologies cosmic in scale. The scope of such things is more than most minds can comprehend, let alone contain. The cycles of predation are titanic, hungers the size of universes stalking one another behind the humpbacked sky. Of course, not all are predators - even these strange beasts must have some equivalent of the herbivores, and it is those who devour Troika. Some swoop and nibble-tear, the plankton of the void. Others, larger, tear great chunks of the city loose. Finally, there are many who happily swallow the city whole. Strangely, it is the last who cause the least disturbance - the rivers flow with aetheric digestive fluid and the sky has dim intimations of stomach lining, but otherwise much remains the same - treasure-hunters flock to the city to plumb the riches of a gut filled with the artefacts of the void, handily gathered into a concentrated (relatively) area.

Infinity is not horizontal you flat-minded peasant - it is vertical! The natural curvature of existence itself - up!!! Consider Troika, the fine city, that central spire of existence - it goes UP! Forever! You've never been??! Each tier of the city lies between another two - yes, sandwiched, if you must - in an infinite chain, each denizen of that city aspiring to move up to find the highest tier of Troika! Hm? Of course there is a top - otherwise it ceases to be a tower. Yes, it can still be infinite - and no, before you ask, it is most certainly not a loop. You cannot see the twinned tower, reversed, can you? No. It is an infinite spire crowned by what must be a glorious vision of the Sublime. No, I've never been.

Troika is a city haunted by itself. What exists is but a pale reflection of the potential glories which could-have-been, might-be, were or currently are. Time itself wears thin in Troika, and as such the city is hyperpositioned atop itself, and those infinite possibilities influence one another in a reciprocal chain. All actions are not merely eternal, but may indeed influence themselves into stranger and more twisted forms, the ramifications echoing out across the layered possibilities. Throwing stones into ponds to see the ripples is strictly prohibited, the cascade of possible ripples causing break-downs in what thin walls remain between the realities.

Each possibility is struggling to assert itself as the primary ground of haunting, and as such tear at one another to assert dominance. This manifests as terrible reality-consuming pale flames, able to undo you with a mere spark. When such turf-wars between turf ignite, residents are advised to leave. Who advises them depends on who you ask - some would say it is the invading reality trying to encourage deserters.

UGLY PLACES TO DIE
Handwritten Dungeons, physical posted to YOU

I tweet gibberish.
I listen to noise.
I break pictures.
I have a Patreon.